Carmina Angelorum: Songs of the Angels 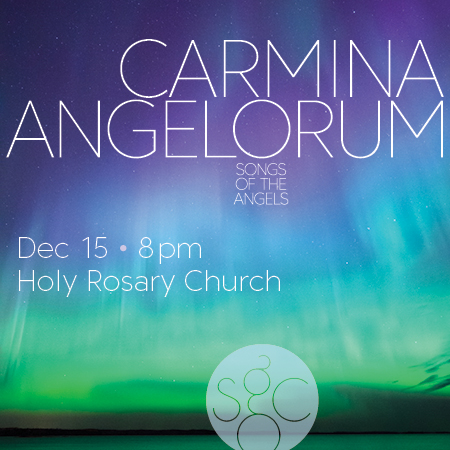 Central to the concert is our annual performance of Benjamin Britten’s choral masterpiece A Ceremony of Carols, featuring Juliett Stratton on harp. Also on the program is R. Murray Schafer’s meditative Snowforms, with long elegant lines punctuated by Inuit words for different types of snow. There are several pieces inspired by the aurora borealis and how this breathtaking phenomenon has been viewed in different cultures (Estonians and Finns believed they were caused by foxes running over the tundra causing sparks, while in Latvia they were the souls of fallen warriors still battling in the sky). Rounding out the evening are several perennial holiday favorites, all performed with Prime  Voci’s signature excellence and artistry.