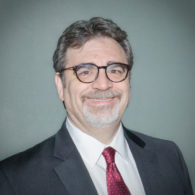 Alex Gagiu began his career with the Seattle Girls Choir in the year 2000. He was born in Romania, and has been living in the United States since 1986. He received his Bachelor in Music/Piano Performance from The Juilliard School (New York City) while studying with Seymour Lipkin. At the graduate level he majored in Choral Conducting under Dr. Joseph Flummerfelt at the Westminster Choir College (Princeton, New Jersey) and is a Choral Conducting doctoral candidate at the University of Washington. Alex directs the Cantamus Choir. He also actively participates in the instruction of the SGC Music Theory. He teaches vocal and choir in the Seattle School District and has been active as a church musician and piano teacher in the Seattle area since moving to the Northwest in 1994. Alex presently resides in Seattle with his wife Hellen and two children, Andrew and Irina.