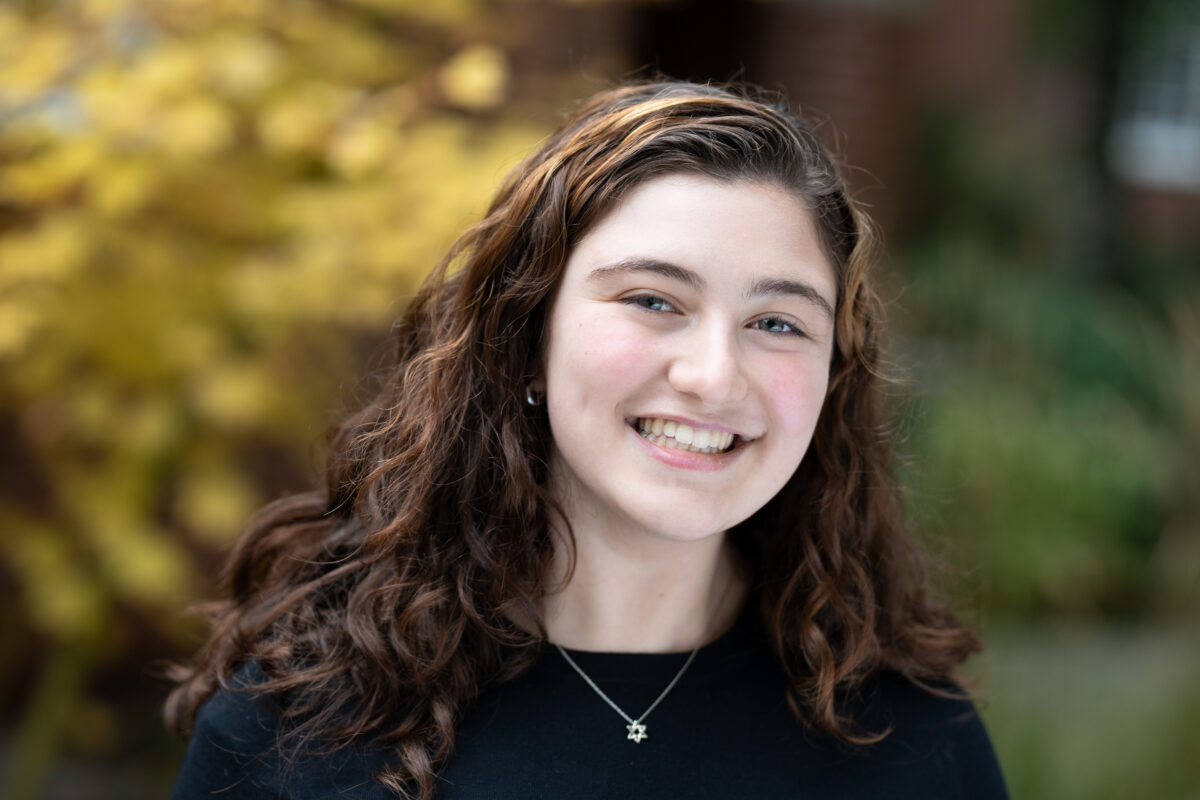 One bright September day in 2017, I waltz through the front doors of the Volunteer Park Seventh Day Adventist Church, ready to start my first day at Seattle Girls Choir. Girls are gathered in the open lobby where there percolates a bubbling excitement that manifests itself in the rapid conversations bouncing back and forth between old friends. Although I’ll be one of the oldest Cantamus choristers as an eighth grader, my freshman status at SGC diminishes my confidence.

After practicing some unfamiliar vocal warmups, we are handed fresh sheet music, which we are instructed to insert into our alphabetized black binders and begin writing in solfege. Excuse me? What are these letters being penciled in above (or below, depending on your persuasion) the staves?

“Like that song from the Sound of Music––doe: a deer, a female deer…you know. The solfege notes––do, re, mi, fa, sol, la, ti––are the notes in a scale. If we’re in the key of G major, do is G.” I graciously smile at the girl next to me and fish for my pencil in my tote bag, although the foreign syllables still confound me.

For the last hour of rehearsal, we have a theory lesson, during which I am exposed to the solfege tendency drill. Upon hearing it, the nominal solfege syllables suddenly begin to develop meaning in my brain when the relationships between the syllables are associated with a specific pitch interval, which is surprisingly intuitive. In between Monday and Wednesday rehearsal, I listen to a recording of the tendency drill frequently, memorizing the melodic contour and the solfege in conjunction with each other.

The most wonderful part of moveable-do solfege, I learned, is that do to fa always sounds the same, as does do to sol, although they sound different from one another. Just as red and orange are distinct colors that evoke a distinct feel, a perfect fourth and a perfect fifth assume this same type of differentiation, except that it’s aural, not visual. Each interval has its own memorizable, intuitionable quality that, when organized together in conjunction with other intervals, form a piece of music.

When I finally forged the connection that do to fa is a perfect fourth and do to sol is a perfect fifth, my entire understanding of music transformed, almost like learning to read and finally understanding the world around you again. Suddenly, I began perceiving patterns in everything I heard and was able to name them. This ability enabled me to find connections within musical time periods, between specific pieces of music, and even across vocal and instrumental parts in one piece––I am truly understanding music beside simply its loudest melody. Although solfege is a technical tool to assist in music acquisition, it empowered me to view music as a language that is mathematical, intelligible, and universal. I can’t help but search for do when I listen to anything, be it a classical symphony or a pop song.

My experience with solfege encapsulates what SGC has done for me over my five years as a member of the organization. It has introduced me to new things and encouraged me to view the world in a new light: in addition to music theory, I’ve been exposed to an impressively wide range of genres and composers, many female, from Hildegard von Bingen to Jessica French; I’ve learned to listen to and sing with a large group as one voice that is greater than the sum of its parts; I’ve learned to sing quietly and I’ve learned to sing confidently, especially when my heart is pounding as we process onstage; I’ve experienced the communal and unparalleled high of a good concert; and as a youth representative on SGC’s Board of Directors, I’ve learned about the functioning of a non-profit organization that uniquely emboldens its members. I am so grateful for my time at SGC and I will continue to carry its invaluable lessons with me as I move forward into the next phase of my life, confident in my ability to have an open mind and try new things.