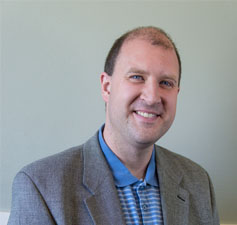 I’d like to discuss something that is a tricky subject for a lot of reasons, and that is the inclusion of sacred music in Seattle Girls Choir programming, especially during the month of December.

When I say “sacred music” I mean primarily Christian sacred music. The fact of the matter is that the very development of choral music is inextricably linked to music written for the Christian church. Composers have been writing settings of the Catholic mass for 600 years, and congregational part singing was a key component in Martin Luther’s Protestant Reformation. In fact, Luther himself wrote many hymns that are still found in modern hymnals.

The history of the development of choral music as an art form is therefore linked to Christianity, and Christmas is a major Christian holiday. Accordingly, there is a TON of truly wonderful Christmas music, and even though Seattle Girls Choir is not associated with any faith or religious institution, we will continue to program Christmas music in the month of December.

We do try to balance our repertoire with sacred music from other religions, but it is not always easy. Good Hanukkah songs, for example, seem to be few and far between (I suspect Jewish songwriters have been too busy writing the best secular Christmas songs). When I find a good one I tend to latch on to it! For example, Prime Voci will be singing “Hanukkah Blessings” again this year, partly because it’s a great piece, and partly to honor its composer, Ron Jeffers, who sadly passed away this past August after a battle with Parkinson’s Disease.

Finding choral music for religions beyond Judaism gets even more difficult. At the end of the 2016-’17 season Prime Voci performed Gustav Holst’s “Choral Hymns of the Rig Veda,” a setting of parts of the canonical sacred texts of Hinduism. It’s an incredible and beautiful piece of music by a master composer… Though the whole time we were working on it I was acutely aware that it was an Indian text filtered through the Western lens of an English composer while India was still a British colony! Someday I’ll have to write a blog about musical appropriation, but not today… That’s a subject easily as touchy as religion!

We also try to balance things in December by programming non-sacred winter-themed songs. At this year’s Carmina Angelorum concerts Prime Voci will be performing R. Murray Shafer’s “Snowforms,” which combines stark and haunting melodic lines with snippets of aleatoric music featuring various Inuit words for different types of snow. We will also be presenting three pieces inspired by the Aurora Borealis (Northern Lights), although even here lines get blurred as one of the composers uses text from the Song of Solomon to convey the “terrible beauty” of this remarkable phenomenon.

This year, our Allegra choir will be partnering with the internationally acclaimed Byrd Ensemble to present “A Festival of Nine Lessons and Carols.” I understand that there are parents who have asked questions about this concert. The general format is that there is a reading from the bible (usually the King James version, as it is an Anglican tradition), starting with younger members of the chorus and progressing “up” through the group. The reading is followed by a song by the choir related to the reading, followed by a carol sung by the whole audience. The format dates to 1880, but was popularized by the Choir of King’s College, Cambridge in 1918. Since then, the boys and young men of the King’s College choir have performed the concert every year on Christmas Eve, except for 1930. In the early 1930s the BBC began broadcasting the concert overseas, even in the middle of World War II when the stained glass had been removed (along with the heat!) from the Chapel for safety.

Please know that Lessons and Carols concerts have a long tradition in Seattle, as well: The Northwest Boychoir began doing them in the 1970s and now puts on about nine sold-out performances every year. Seattle Girls Choir had an annual Lessons and Carols concert until it was replaced by the more flexible Carmina Angelorum concerts in 2014, which still retain much of same core repertoire. Allegra conductor, Sarra Sharif plans on talking with Allegra about the history of these concerts, and how the music is selected to follow the format and flow of the show. I am positive this is going to be an incredibly rewarding experience for the girls to work alongside musicians of the highest caliber!