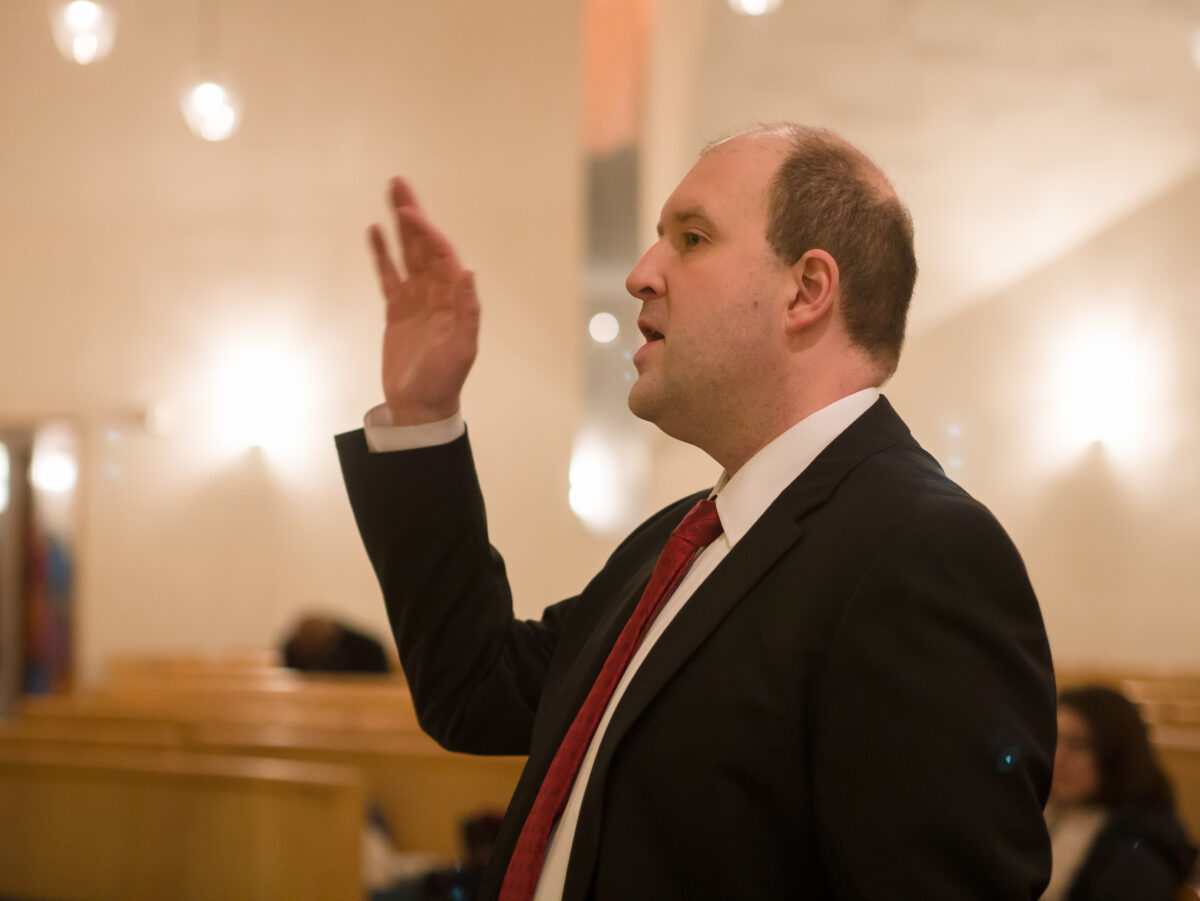 This is an interesting time for all you other graduates, as you are finishing up one stage of your lives (high school) and moving on to the next (college). Now you are being asked to reflect on the impact that SGC has had on your lives, and how it has changed you.

Here are some of the highlights from my time with SGC:

My first tour with SGC, the 2012 trip to Germany and the Czech Republic, stands out because in many ways this group was the first to really reflect my conducting and teaching style. This tour culminated in a concert in St. Nicholas Church in Prague, in which PV sang Holst’s “Ave Maria” for double SSAA choir in a balcony that surrounded the audience. It was an incredible moment, and it is fitting that we will be going back there for my final tour.

2012 was also the first Carmina Angelorum concert, and I am still very proud of that first concert in particular, as well as what the format of the concert has allowed us to do over the years. Works like “Snowforms” or the northern lights pieces would not have fit the strict format of the Lessons and Carols concerts PV used to do when I took over, and I am extremely glad we got to explore other repertoire in that way.

Another highlight for me was the Unsung Voices concert of 2019. It was a very special combination of some great performances of challenging music coupled with the feeling that, in presenting a concert of music by an underrepresented community, we were touching on something important and larger than ourselves.

That was the year that The Clump (a large group of close-knit seniors) graduated, and that year at camp they gave me another highlight. At the talent show, they performed an arrangement of “For Good” from Wicked that they rehearsed themselves, and it was one of the most gratifying things I’ve ever experienced. ‘Gratifying’ because even though I hadn’t had a hand in it directly, I could recognize in their performance all sorts of details and nuances that were the result of their training in SGC. As a teacher, the most rewarding thing in the world is to see a student apply the things they have learned, and The Clump did it so well they moved me to tears (which was one of their stated goals!).

I am also very proud of the pieces that have been written for SGC over the years. “Hope”, “Calligraphy”, “O Star of Strength” – these are all works of depth and beauty that came into being because of us. We may not have written the words or the notes ourselves, but we nonetheless helped bring them into the world and give them life. I only hope that they continue to have a life of their own well beyond SGC!

Finally, here is my wish for SGC moving forward in my absence:

I hope going forward that the current members of SGC can show their renewed dedication and commitment to choral education, and then pass on that commitment by example to future members while still showing each other kindness and compassion. The pandemic has been hard, and we are still rebuilding. But I know that our choristers have always been role models for each other, and can once again pass on important traditions and a positive culture as they have in the past. THAT is how a program is built – through the leadership of its own members.