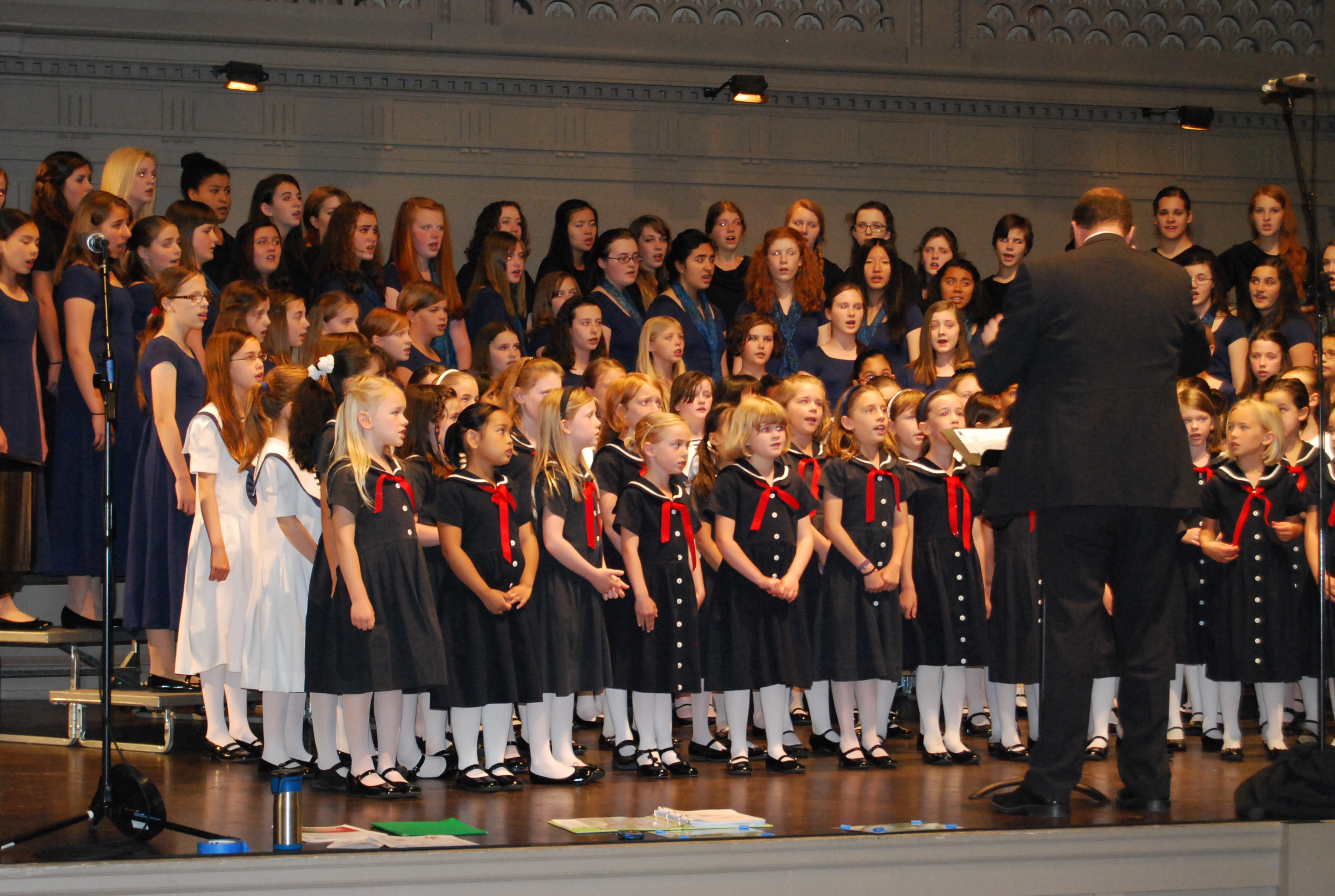 Seattle Girls Choir has six progressive levels of instruction for girls in Kindergarten through 12th grade, as well as our training choir Entrata and our contemporary choir Sorella.  Each choir season’s rehearsals run congruent to the school year, September through June.

For Allegra, Cantamus, and Prime Voci our resident choir camp is an integral part of the curriculum and is held the first week of August each summer.

We have a rich tradition of traveling which includes workshops, festivals, conventions, competitions, and performance tours both domestic and international.  Participating in these opportunities is an important part of the choir’s education.